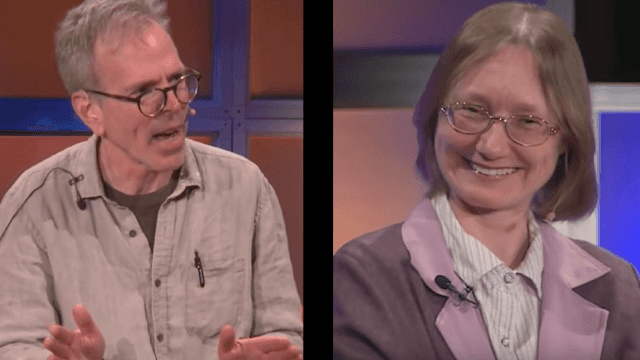 Look, no matter how smart, successful and innovative a woman is, she will never be immune to mansplaining. Case in point? At the annual World Science Festival at John Jay College in New York on Saturday, a female scientist's own theories were mansplained to her during a panel until a frustrated audience member had to step in and stop him. Really.

The panel was called 'Pondering the Imponderables: The Biggest Questions of Cosmology,' and featured a pretty standard ratio of male to female scientists: five men to one woman. The sole female panelist was Veronika Hubeny, a theoretical physicist and professor at the University of California, Davis. Jim Holt, a philosopher and New Yorker contributor, moderated the talk.

For the first hour or so of the panel, Dr. Hubeny was hardly able to get a word in edgewise. Finally, Holt acknowledged Dr. Hubeny and started to engage with her on her particular area of expertise— string theory and quantum gravity. However, Holt continually interrupted, spoke over, and mansplained Hubeny's own theories to her without giving her a second to actually finish a thought.