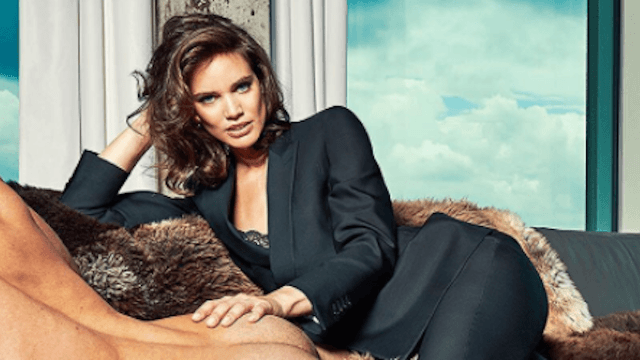 Women objectify men for a change in NSFW ad campaign for power suits.

If you've ever opened your eyes, you've probably seen an ad objectifying a woman. Whether it's on TV, a billboard, in a movie, or on the back of a cereal box, women's bodies being used to hawk products is a tale as old as time capitalism. But how often do we see MEN being objectified? Not nearly often enough, let me tell ya!

But one company is out to change that. Suis Studios makes suits for women—and ONLY for women. Just to be clear: they do not make suits for men. It's even their tagline: "not dressing men."

And in keeping with their feminist business model, the company decided to turn the tables on female objectification in advertising. In their ads, the women objectify and dominate the men, instead of vice versa (the usual).

The NSFW ads don't shy away from portraying men, completely naked, in submissive positions. Just as advertisers have been doing to women since the dawn of time.

Oh, and just FYI, in case you forgot, they DON'T dress men.

Clearly, the images of nude male bodies juxtaposed with powerful women in power suits are resonating with people. The comments are overwhelmingly positive:

Of course, not everyone's on board. Someone called the campaign "disgusting."

While others criticize them for upholding a "double standard":

What do YOU think??? Is this ad campaign ultimately helping women by pointing out sexist double standards in advertising?? Or is it bad to objectify men because they also deserve to wear clothing, just like women??

Or will true equality only be achieved if EVERYONE is naked in ads??