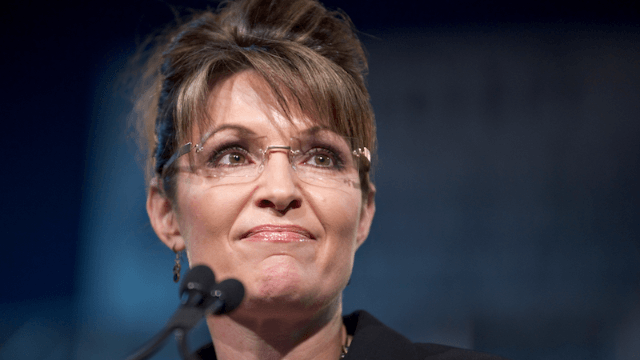 Sarah Palin's comment on Bill O'Reilly's firing is unsurprisingly not feminist at all.

Sarah Palin, who dropped by the White House today to take a lame-ass picture mocking a portrait of Hillary Clinton (with Kid Rock and Ted Nugent, two of the only musicians both dumb and irrelevant enough that they were willing to play at the inauguration), also managed to time in her busy schedule to chat with CNN's Jake Tapper about Bill O'Reilly's firing from Fox News.

At one point in time, Palin was employed with Fox, but says she left simply because her contract wasn't renewed in June 2015, though she added, "I wouldn't put up with anything that would be perceived as intimidating or harassing."

Palin made sure to point out that she believes Fox has a sexual harassment problem that they need to fix: "Corporate culture there obviously has to change. Women don't deserve it, they should not ever have to put up with any kind of intimidating workspace." But, alas, Palin kept talking. And the next thing she says makes me shake my head so hard that I need to run out and buy Icy Hot for my neck (who am I kidding, I already own Icy Hot because my neck problems are chronic.) Here's the quote in question: