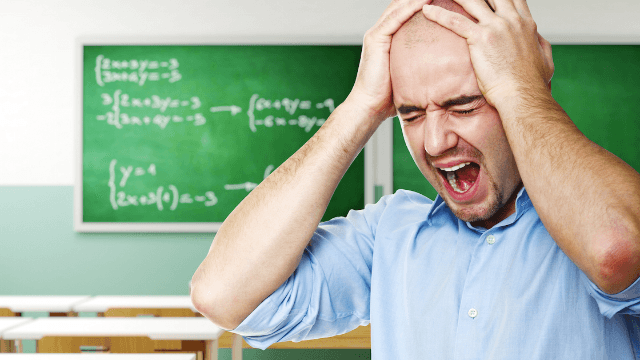 10 exasperated teachers on the bullsh*t that finally made them quit.

Being a teacher is one of the hardest jobs there is. The pay is low, and while it's true you get summers off, the hours are bad and the stress is constant. Not only are you dealing with kids, but you've got their parents and your own bosses, too. Over on Reddit, former teachers talked about what it was that made them decide to quit. Here's what they had to say about the moment they realized that teaching was just not for them.

1. Sirscratchewan couldn't take the utter despair of working in one of the worst school's in the nation.

I was in one of the worst schools in the nation. 48% graduation rate for the high school, although I taught at the elementary level. I could tell so, so many stories. A kindergartner coming across the desk to strangle a coworker, kids screaming and throwing chairs, a student with hundreds of cigarette burns all over his body. The abuse cases were horrendous. A parent threatened to murder me after I gave her son a pair of socks. He had not taken off his current pair all year.

But one day a little 6 year old girl told me that she and her sisters were being sold to men every night for as long as they could remember. I think something broke inside me that day. When I went to the principal to discuss a course of action (calling police, DFACS, etc.) she said she wanted me to keep my mouth shut. She was tired of her school "looking bad".

Edit: because so many people are asking, I immediately called the police and DFACS. The principal was later arrested on drug charges. But I had already quit at that point.