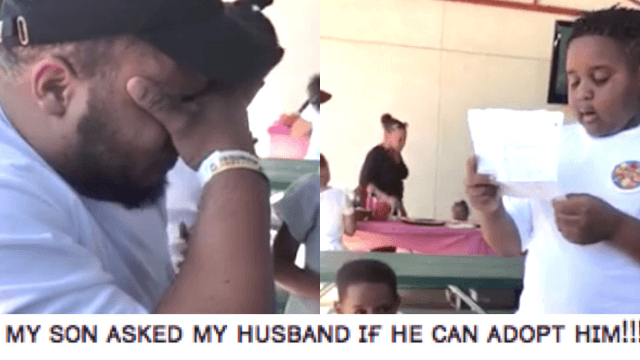 Boy just wants to get adopted for his birthday. His stepdad's response has the internet weeping.

Boys, girls, men, women: we all need a good cry sometimes. And this emotional video of Kalani Watson from South L.A. asking his stepdad, Brandon Williamson, to adopt him for his 10th birthday, should do the trick.

Kalani's mom, Porsche Williamson, shared a video on Facebook of the heart-wrenching moment her son read a letter to his stepdad, thanking him for everything he's done, and eventually asking him to "make it official."

"Will you do me the biggest favor in the world? Will you adopt me?" he asks his stepdad in the video, which has since gone hugely viral.

Williamson's response to his stepson's request will make you cry. Trust.