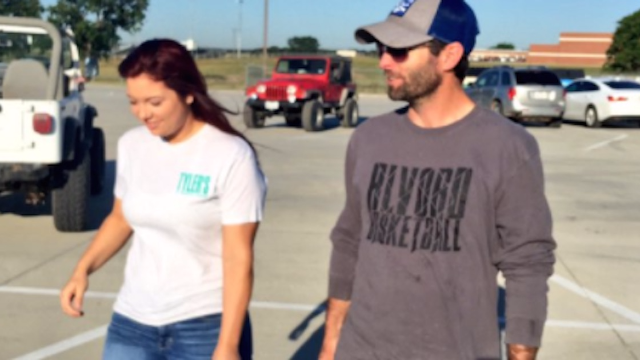 A dad is going viral for his sweet gesture 15 years in the making. Texas resident Brittney Gayler tweeted these side-by-side pictures of her father Jason walking her to class on her first day of kindergarten and her last day of high school.

Gayler, now 18, told BuzzFeed that the picture on the left was from when she was only 5-years-old. Jason revealed that he was "holding back tears" while taking that final walk with his daughter, adding that it was "an emotional time."

You know who else had an emotional time? All of Twitter: