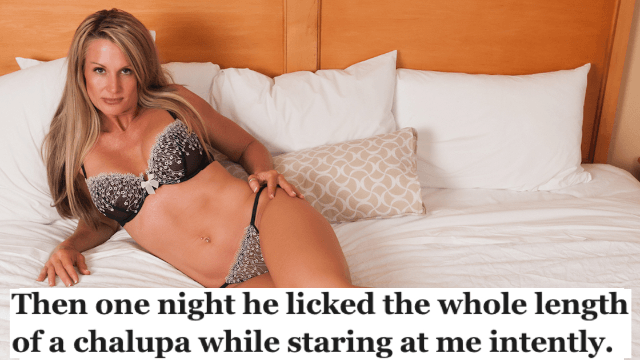 Self-proclaimed MILFs share younger men's most obvious pick up tactics. It gets creepy.

Being with an older woman is a fantasy for many people, but if you try to act on your urges, don't be so sure that the woman you are trying to seduce won't post about it on the internet. The MILFs (Moms I'd Like to F*ck) of Reddit posted about their experiences dealing with the unwanted advances of younger man looking to fulfill their Mrs. Robinson fantasy. It turns out, some dudes can be really creepy in their pursuit of an older woman. MILFs, consider yourselves warned:

I have two teenage daughters and have had several of their guy friends hit on me. We moved to a new town a few years ago and both my girls are quite pretty so they had a lot of new guy friends that would come over and hang out. I would talk with them in the group and kinda hang around and listen to what was going on. Some of the ones who looked older would say things just to see if they could get away with it. I can't recall most of the things that were said but two stand out to me.

The first one happened when my daughter came in with a group of friends and asked me to give several a ride home. I told her I just needed to hurry and change out of my gym clothes and I'd be right down. Next thing I know there's a knock at my bedroom door and I ask who it is (my daughter wouldn't knock) From the other side of the door I hear a boy ask if I needed any help changing. I told him to get his ass out of my house.

The second one happened at a party we my other daughter threw at our house. One of the boys came up and put his arm around me and asked to see my tits. I was so shocked I couldn't think of anything to say other than fuck off. Then I told him to leave. The next day he called my daughter and asked her to ask me if he would ever have a chance. Seriously?!?! It finally got to the point that she asked me not to come around when her guy friends were over and not to talk to them when I see them at the school because she was sick of hearing things about me from the guys. I had to start just being a bitch after that because obviously me being nice was taken as something other than what I'd intended and I didn't want to embarrass my daughters any more.