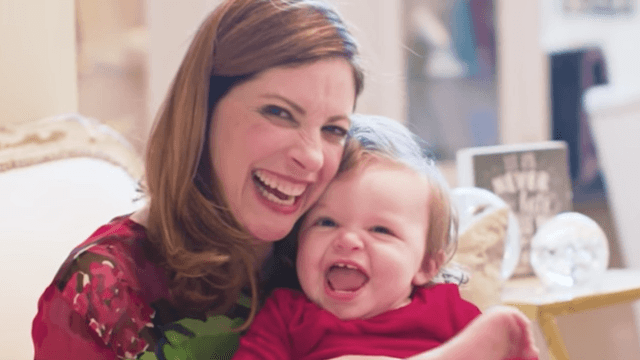 New mom shares the emotional reason she decided to have a baby at age 53.

Women who want to become mothers are often pressured into doing so within a very narrow timeframe, with the threat of their "biological clock ticking," as if a woman's uterus has a time bomb attached to it. The Scene made this video of new mother Kimberly Rubin-Spivack recalling how she became a first-time mom at age 53, proving that for some women, even in your 50s it is not too late.

At first, Rubin-Spivack thought it was impossible for her to carry a child due to her age. However, it was her doctor who suggested that she go through with it. She was implanted with a donor egg and got pregnant on her first round of IVF.

At age 53, Rubin-Spivack gave birth to her daughter naturally, without drugs or an epidural (damn!).