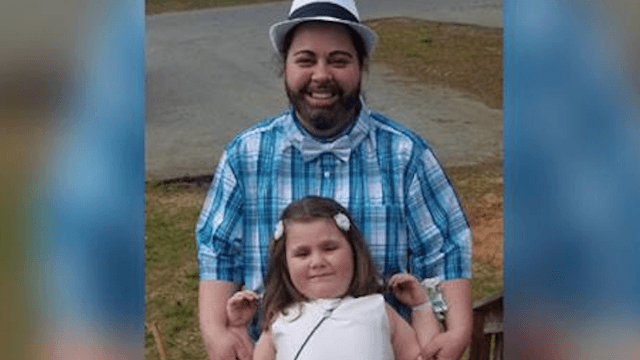 Single mom says she was 'forbidden' from attending a school dance for this baffling reason.

Given the different forms families can take, it seems pretty normal that single moms and dads sometimes stand in for each other at school events that specify "mom" or "dad." However, some schools still adhere to rigid rules about this, for no apparent reason. A perfect example of this is single mom Amy Peterson in Georgia, who was planning on taking her 6-year-old daughter to her school's father-daughter dance. She dressed up in men's clothes and even painted on a beard, only to be told via phone call an hour before the dance that she would be unwelcome. As in, not even allowed in.

Speaking to WSB-TV, Amy Peterson said, “To me, I’ve identified myself as her father and her mother because that’s what I’ve done for six years." When she found out that there would be a father-daughter dance at her daughter's school, she didn't want her to miss out, so she figured she'd go with her daughter instead.