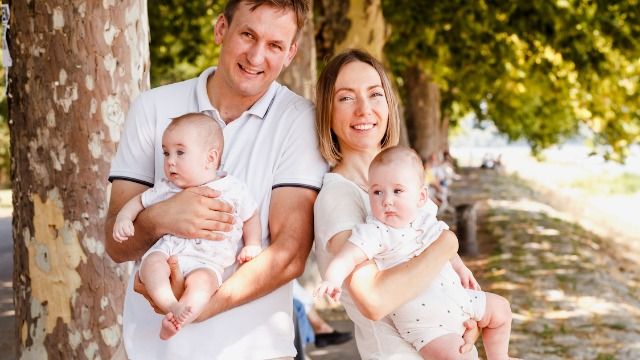 Mom-to-be asks if she’s wrong to give twins ‘uncommon’ names against in-laws' wishes.

The question of what to name your kids can be a controversial one. Because on the one hand, props for creativity! There are plenty of Laurens and Matts already—both perfectly nice names, but why not add a little diversity to the world? On the other hand, saddling a child with a name that is too "weird" can make them more susceptible to being bullied, not to mention a lifetime of people making stupid jokes about their names (something that Laurens and Matts don't have to deal with).

One woman, who is expecting twins, asked Reddit to weigh in on whether she and her fiancé are "a**holes" for wanting to give their sons "uncommon" baby names, against her in-laws' wishes.

I’m 24f and my fiancé is 27m. We’re currently expecting twin boys after trying for a year. We’ve never been more happy.

My family are non-religious and his are practicing catholics. He is not. I’m 7 months along and his family are asking what we’re thinking of naming them. We’ve already decided on their names. Phoenix Grey and Griffin Dean.