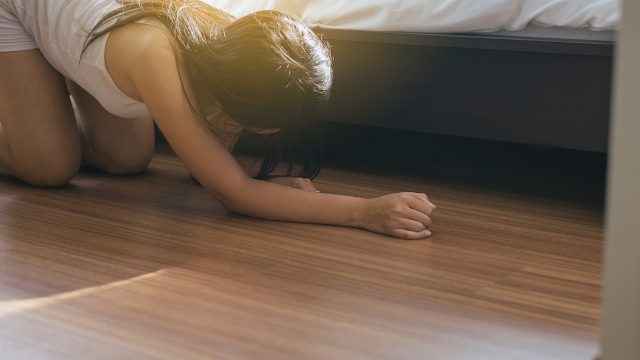 20 parents share the weirdest things they found while snooping through their kids' stuff.

Kids might think they're being clever when they hide things away in their bedrooms, but nothing escapes a nosy parent's quest. Not all parents snoop through their kids' stuff—but the ones who do leave no stone unturned. And the things they find while rooting through their kids' closets, bedrooms, and search histories might make them regret snooping in the first place.

In several Reddit threads, parents are sharing the weirdest items they found while snooping through their kids' stuff. Here are 20 of their most unexpected, gross, funny and disturbing findings:

An old, cheap revolver. Scared the hell out of me.

When my son was 3 I found an old banana peel in a clipboard that opened. We were battling a fruit fly infestation and couldnt figure out what they were after. It was so disgusting when I opened that thing and hundreds of fruitflies flew out