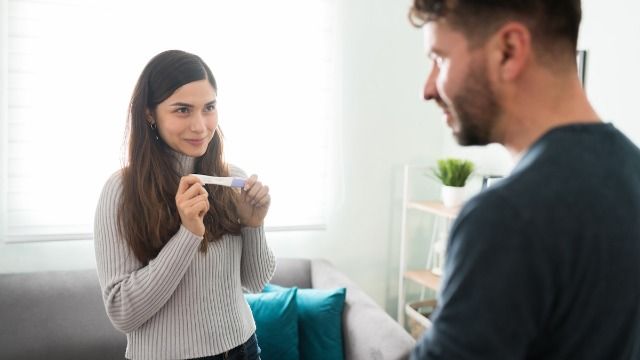 Man asks if he was wrong to spoil real pregnancy reveal after wife pranked him about it.

Losing your temper at your wife after she reveals she's pregnant is usually not a good move. But this case may be the rare exception. A man, who has been trying with his wife to have a kid, shared his story on Reddit about how he was pushed too far after she "pranked" him with two fake pregnancy announcements.

The third time his wife told him she was pregnant, for real this time, he lost his temper and snapped at her because he assumed it was another prank. Now she's accusing him of "ruining" her pregnancy announcement.

But is he the a**hole in this situation? Or is she? Here's the whole story, as told by Kevin_Dulin37 on Reddit:

Kevin, 30, and his wife, 26, have been trying for nine months to get pregnant, but are having trouble conceiving.

My wife F26 and I M30 decided to started having kids. We've been trying for over 9 months and nothing happened. We were told to be patient but I couldn't help but keep stressing out about a problem that's preventing us from conceiving.

Twice, Kevin's wife told him she was pregnant, but then revealed both times that it was actually a prank.

The issue is that my wife kept joking about this matter and pranked me twice by lying to me saying she was pregnant. The first was when I was at work and she sent a text telling me she was pregnant. I was so happy I came home and brought stuff with me to celebrate only to find her laughing in my face saying it was a prank.