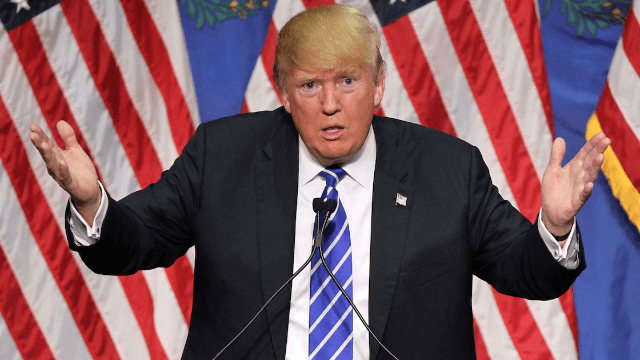 Stephen Colbert condensed the first 99 days of Trump's presidency into 99 seconds. He nailed it.

Can you believe that Donald Trump has only been president for 99 days?

Yup, it feels like President Trump was sworn into office a lifetime ago, but it has only been about three months since the reality star became the leader of the free world.

A lot of people didn't think Donald Trump would make it this far, but it looks like he showed us!! Again!!!

To "celebrate" Trump's upcoming 100th day in office, Stephen Colbert threw together a 99-second montage of clips and headlines from Trump's first 99 days as president so we can all relive the chaos again.