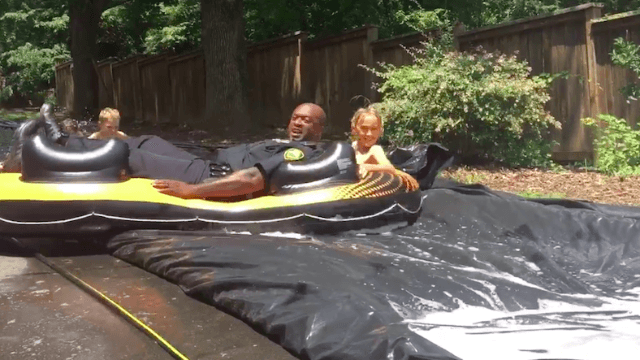 Cops get call to take down neighborhood slip-n-slide, end up riding it instead.

A police call to break up the homemade slip-n-slide at a local Fourth of July block party in Asheville, North Carolina, didn't go the way the complainant planned. Instead of ruining the kids' fun by demanding they take down the ride, the cops who showed up wanted to give it a try.

Katlen Joyce Smith told CNN that a local dad built the slide, which evidently prompted a neighbor to call the authorities, saying that it was blocking the street. "When the police came, they quickly realized that wasn't the case and asked if they could take a turn," Smith said.