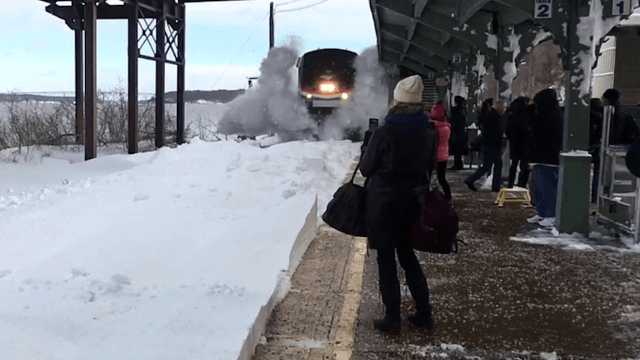 This is why you stand back from a train speeding through the snow.

Winter Storm Stella dumped a huge layer of snow over much of the country overnight on Tuesday, and many areas are still struggling to deal with it. Like this train station, where some clever individual decided it was worth shoveling the platform, but not the tracks. So when an Amtrak train came barreling through, it instantly buried a whole crowd of commuters, who stood right next to it with their phones out instead of running for the hills.

Luckily for us, one of those commuters was Nick Colvin, who captured the moment in beautiful slow-motion video. He uploaded his clip to YouTube with the caption, "Train moving faster than usual plus fresh snow from Stella resulted in a more spectacular arrival than expected."