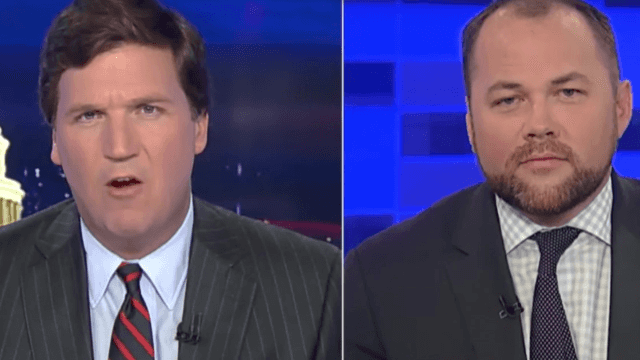 Tucker Carlson loses it over why clean bathrooms are more important than Trump's tax returns.

On Tuesday, Fox News host Tucker Carlson welcomed New York City Councilman Corey Johnson onto his show so he could berate him about his new city bill that would force the release of Trump's tax returns.

Carlson argued that the bill unfairly targeted Trump, and in failing to make his point, decided to rail against the bathrooms in NYC transit hub Penn Station instead.

"You preside over a city that just decriminalized public urination! ... How about filling some pot holes and arresting some public urinators!"

Johnson laughed at Carlson, because it was funny, and Carlson put on his smuggest expression and insisted: "Seriously!"

"This is the first time I've heard a connection between public urination and President Trump's tax returns," responded Johnson, who must not read Someecards. "This is really about getting some transparency and accountability."