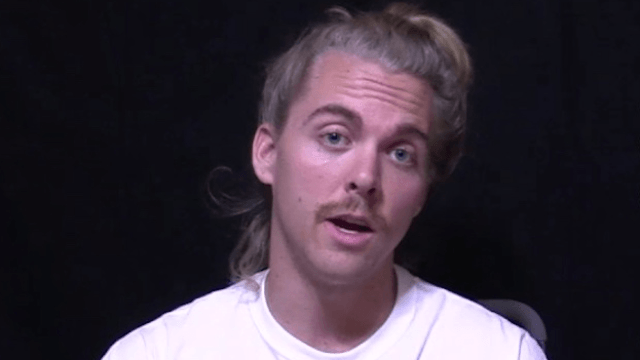 For years, YouTuber Charles Ross (a.k.a. RossCreations) has entertained his 560,000 subscribers, and infuriated millions more, with videos of his half-baked, invasive, and possibly illegal pranks. Some of his greatest hits include kissing strangers, getting into strangers' cars, and running around a playground full of scared kids while wearing a diaper. Most of them involve assaulting strangers in some way.

So it's no surprise that one of these stunts eventually landed Ross in handcuffs. Ross recently posted a video of himself "removing unnecessary stop signs" by physically taking them off their poles and putting them on the ground. In the video, which has since been deleted, he dresses like a city worker in a reflective vest and hard hat, telling the camera,

Hey guys, as a self-appointed city traffic flow coordinator, I think it's time now to remove some of these unnecessary stop signs. Like these, they're impeding the flow of traffic, they need to go.