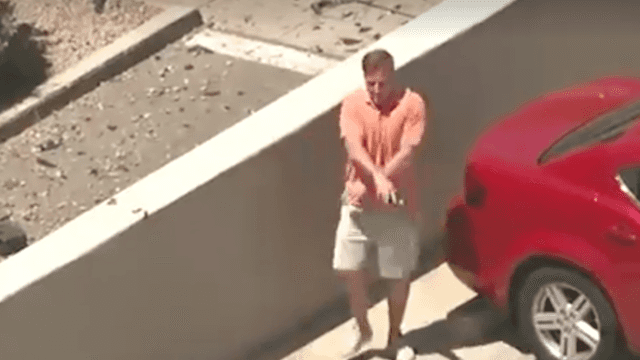 There's such a thing as being in the right place at the right time, and baby, this man was there, then. When Fox 10 Phoenix went live to a scene in Scottsdale after a car had crashed into a building, they noticed a cargo-shorted man dancing awkwardly in one of their aerial shots. Looking like the weirdest 13-year-old at a bar mitzvah, he continued to perform some robot-like moves while periodically checking his phone to see if he was still on the air.

The man turned out to be Bryan Amann, who was working in a nearby office and ran up to the rooftop next door when he realized Fox 10 was streaming footage from the site. Then it was a simple matter of getting the chopper's attention. He has since promised to buy the web domain scottsdaledancingman.com.