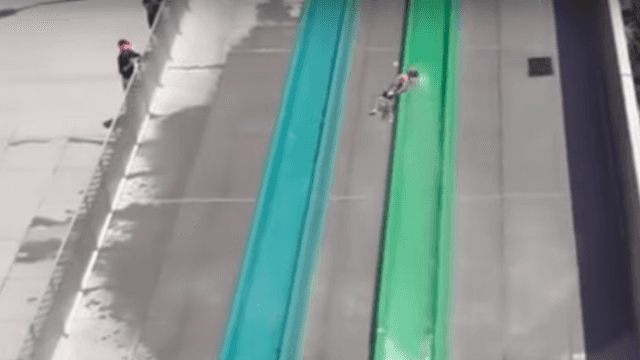 Boy comes flying out of a brand-new water slide just 90 minutes after it officially opens.

If you're in Northern California and considering your water park options for the summer, you may want to think twice about The Wave, which just opened in the city of Dublin for Memorial Day weekend. Although the park cost a whopping $43 million, it's not clear that their rides are entirely safe.

Dramatic video, in fact, shows a 10-year-old boy being thrown from a water slide called the Emerald Plunge just an hour and half after the ride had officially opened. He comes out toward the end and skids along the concrete. The East Bay Times reports that he was "just shaken up," with a scratch on his shoulder—but both that slide and the one next to it were shut down for reevaluation.