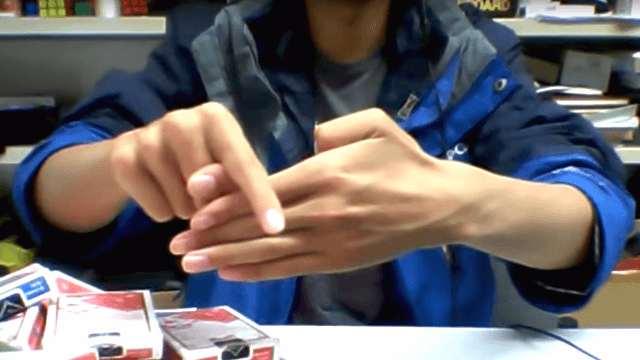 If you're like most people, you were amazed the first time you saw the old 'detachable thumb' magic trick… because you were three. As an adult, this hacky bit of business seems like the most pathetic illusion ever invented. But that's because you haven't seen it done by teenage magician and sleight-of-hand master Vincent Kuo. Kuo posted a video of his version of the trick on his Facebook page as part of his "100 Days of magic" project. That clip is now going viral with kids of all ages across the internet.

In just a few days, Kuo's trick has been shared more than 2,500 times on Facebook, and been viewed more than a million times on YouTube. As you can see from the comments, people can't handle it.