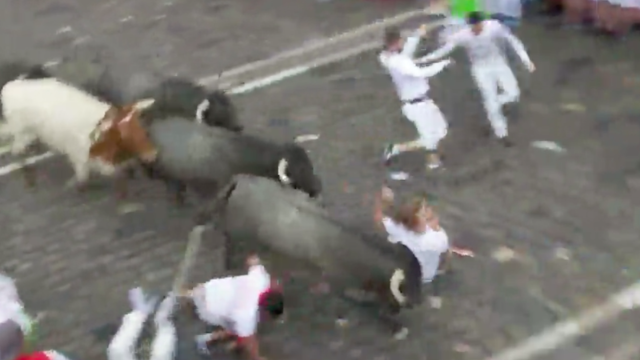 Each year, Pamplona, Spain, holds the week-long festival of San Fermin—most notorious for its traditional "Running of the Bulls." And each year, without fail, people are seriously injured—because, you know, they're running with bulls.

Still, people keep on doing it, because why not? Here's why not: A video that reveals in disturbing detail just what happens when you get trampled. It's not clear how badly this man was hurt, but reports indicated he suffered the worst harm out of 10 people injured in this particular run, on the festival's second day, and that he is a 22-year-old American. (Another American, 35-year-old Bill Hillman, who wrote a book titled Fiesta: How to Survive the Bulls of Pamplona was also gored; he had previously been gored in the 2014 festival.)